Under the Ancien Regime, things changed so slowly that nobody noticed them. Today, the changes come so rapidly that we hardly notice them, let alone gauge their implications.

In all areas of human society, profound mutations have taken place, most of which are the consequences of scientific discoveries and inventions.  During the 21st century, the world will change more than during all of the previous centuries together since the origin of Homo sapiens. The earth remains round and hard, but the world is becoming flat and fluid. Everything is dependent on everything else, and people, too, are becoming more dependent on each other even though we often have the impression that our individual autonomy is increasing.

The world is becoming our village.  And this requires far-reaching adaptability, which is not always self-evident and demands considerable personal effort. History is accelerating, and we can feel the “panting of history”. We find it hard to keep up so that we are often finding ourselves breathlessly limping to catch up with it.

One thing is certain: if our children and grandchildren do not learn to work and live together with people of other cultures, other languages, other civilizations, other religious and philosophical convictions, they will belong to a “lost generation”.  For them, then, the world will not become a village, but their village will remain the world.

Protectionism of all sorts, self-pity, intolerance, collective egoism, nationalism will be like fata morgana upon which we will gaze with the despair of their wavering convictions.  We live in an interdependent world that requires consultation and forms of global administration that must be gradually developed. Leadership is needed in this from people who are bridge builders and not obstructionists and for whom tolerance and mutual understanding are the most modern of virtues. Gradually, they will emerge in a complex society and distinguish between traditional power and visionary authority. Authority is of a moral nature and will inspire people rather than patronize them or dominate them.  Such authority is the future of a well-functioning, democratic society.

In this society, there is a great need for a desire for meaning, for synthesis, insight and creativity.  Calling for change is banal for a tsunami of changes is going to sweep over us. This is obvious. What is essential, however, is to convert all these looming changes into truly human progress, so we must distinguish between what is good, less good, and bad for the future of the individual and of humanity. In essence, it is a moral evaluation of the changes with the intention of bending them to the improvement of the condition humaine.  And this is a fundamentally ethical task. Therefore, I have long been arguing for an ethic of change, one more powerful than each change of ethics.

The opinion I express here also corresponds to the feeling, the intuition, and the insight of many people on our planet. Developing the necessary synergies to think together and to work together is thus of colossal importance if we want to secure the future and the desirability of promoting ever more the humane.

This is also the intention of András László, who has invested admirable energy in his GlobalVisionSharing.com, GVS project, which is striking for its multidimensional, multicultural and international approach whereby our spiritual aspects must be ever more emphasized. “I had a dream” is the paradigm that András László is promoting and propagating with unparalleled enthusiasm and zeal.

Thus, I ask your favorable attention for GlobalVisionSharing.com, GVS and the creative attractive power that proceeds from it.

Former Chairman of the EU Committee of the Regions

We live in a world full of new possibilities: a global world but also one that is highly fragmented. A paradox when we think about the society of tomorrow.

At the same time, there is the need to be connected: via the media, more and more people certainly the young, want to be able to “share” everything.

The rapidity with which everything is changing and in which we are pulled along knowingly or unknowingly, often keeps us from standing still for a moment, from inserting a pause for the three core questions we always have to ask ourselves: Why? What? How? For which society are we striving, with what are we going to construct it, how are we going to shape it? What is the worthy perspective that we envision?

The challenges are multiple, a culture of the self-evident, of unrestrained bidding and competition, of extreme notions and degrading actions.

But there are also many signs of hope: the dawning awareness that inequality has become excessive, that we have to be stewards of the heritage given to us, that sustainability constitutes an essential component of the future heritage, and that inclusion has to rest on real opportunities, in nurturing education and training.

All of this is possible only when those responsible for policy on all levels and the actors in the society help one another in a new governance model of multi-level and multi-actor partnership. Only by interaction and collaboration can we create a basis for shared solutions and construct a new world.

The space for freedom, justice, and also security can only be given content in which we share insights and here give priority to the immaterial values and spiritual meaning.

The focus is often too one-sidedly on economic globalization but this has to become part of a wider set of values.

The initiative of GlobalVisionSharing.com, GVS created by András László is unusual but it fits our times. This project is intended to stimulate reflection and establish a flow.  The unceasing and driven way in which András László will generate change with his project deserves every recommendation and support.

Our development model is starting to become unsustainable. The destruction of the planet, growing inequalities, the extravagance of a certain behaviour, situations of injustice, exclusion and alienation – do they, not themselves herald the ghosts that from time to time haunt the history of Mankind and make it deviate from the paths of civilizations?

Globalization, the advances in technological sciences and the lack of global regulation confer the power to act without precedent upon the economic system. It exerts this power according to its own criteria: profitability, competitiveness, market share. In the absence of global regulation, this approach tends to become dominant and imposes a development model on us that has no other purpose than its own effectiveness and dynamism. Led by instrumental logic alone, this model becomes more and more ambiguous and paradoxical: never has our ability to create richness been so great and never has the number of poor people been so high; never has our scientific and technical knowledge been so broad and never has the planet been so threatened; never has the need for economic governance been so compelling and never have nation-states been so disarmed.

If we want to avoid current failures turning into global catastrophes, it is imperative to get the economy under the aegis of ethics and politics. The surge of our development model risks driving us against a wall, or “to the abyss”, as the most realistic would probably say.

Such a transformation implies a strong revival of our responsibilities, our empathy and our conscience. Let us dare to commit our values, our political dimension, our emotions and our spirituality.  This approach can go beyond mere technical rationality to open up the less tangible but more profound realities of the heart and the soul. Do we use enough of the extraordinary power of transformation that our spirituality can give us when it is lived out in all aspects of our life?

If man is a relational being, the quality and depth of these relations are never indifferent. Must we not often dare to transform the relationship into the encounter? The encounter commits the heart. It is the personalized relationship, on an equal and reciprocal footing, without the mediation of money or power. It is the place of mutual acceptance, listening, watching, the place where one can be “called by his name”, accepting its fragility, recognizing the other, making it exist, helping it to stand up. It is the place of the communion, the place where one can watch the other with eyes of love.

András László with GlobalVisionSharing.com, GVS invites us to contribute to the emergence of a better world and to adopt a new vision, a renewed commitment. He invites us together to become change agents of our development model in order to give it back its humane, political and moral values.

As an echo to the interrogation of the poet:

Where is the life we have lost in living?

Where is the wisdom we have lost in knowledge?

Where is the knowledge we have lost in information?

In this disrupted and unsustainable system, is it not essential to rediscover life and wisdom?

This is the perspective of GlobalVisionSharing.net. A worthwhile and stimulating wake-up call. 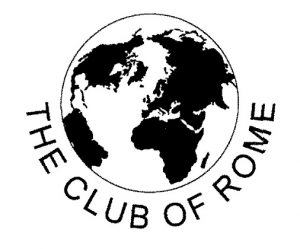 Where is humanity heading to? Several thinkers evoke the possibility that humankind, with its cultural richness developed over millenniums, is threatened with collapse. Lester Brown of the Earth Policy Center, US, writes about Civilization in Danger, as well as the famous Harvard Professor E.O. Wilson asks the question Is Humanity Suicidal?

Indeed, the industrial and technological activities which the present economical system develops, with continuous increasing pace and without taking into account the impact these  activities have on the environment, of which the human species is part of, leads unavoidably to the question if the planet earth possesses the resilience to follow this evolution and to overcome the eventual disruptions. Additionally, the fast increasing demographic evolution, leading to a world population of about ten billion people in this century, adds to the present dramatic situation.

The actual challenge for humanity consists in rethinking the value scale which, at one hand has to satisfy the needs and some well-thought desires of all individuals, and on the other hand, to protect the environment for global collapse due to persistent pollution of the soil, the freshwater reserves, the increasing loss of biodiversity, as well as the consequences of the continuous global warming of the earth. The different trials to synchronize the economic system with requirements of the global environmental system have not contributed to improve the physical and biological conditions for a future sustainable planet. These proposed adaptations have little chance to be successful without a profound redesigning of the present value scale, which is essentially focused on economic growth and addressed to a consumption-behaving society.

GlobalVisionSharing.com, GVS – with its Founder-President and inspired András László – brings new insights and approaches, based on a spiritual content, to re-orient the existing society towards a more sustainability one. His thinking, analysis and inspiration offer a solid answer to the challenges humankind is facing today. His initiative is really original and merits the obliging attention of civil leaders, entrepreneurs, and all societal stakeholders, concerned about the future of a sustainable society, its culture and living environment. 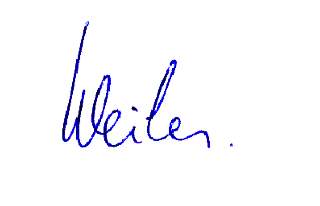 Fellow of the World Academy of Arts & Science

The world finds itself in many respects in a critical situation.

Materialism is strong and this leads to many conflicts and a lot of suffering. In addition, the world is on an accelerating road to an unsustainable future.

More and more people, institutions and businesses become conscious of this and wonder how they could contribute to essential spiritual values that could harmonize the world and make it easier to make the painful choices that could turn our growth into a healthier path.

András László with his great knowledge and insight has now created a new global initiative –GlobalVisionSharing.com, GVS – that aims to stimulate, bring together and interconnect as many new, fresh and innovative ideas and initiatives as possible that are urgently needed.

He needs support in this work and I am happy to recommend it to many institutions and businesses that see these problems and look for ways to make fruitful contributions to a healthier development.